Fix furigana on the mobile version of our page

Currently, we've got a script + markdown syntax for rendering furigana.

However, right now this works only on the desktop version of our page.

On the mobile version the markdown is displaced as-is. This is a problem because

This is a short sentence and in my opinion already harder to read than this (it looks identical to the above on mobile):

Using 【】 instead of {} doesn't make it look much better either. See below for a longer example.

Should and can we enable furigana rendering on the mobile version of japanese.stackexchange?

Here's an extreme example from an older question: 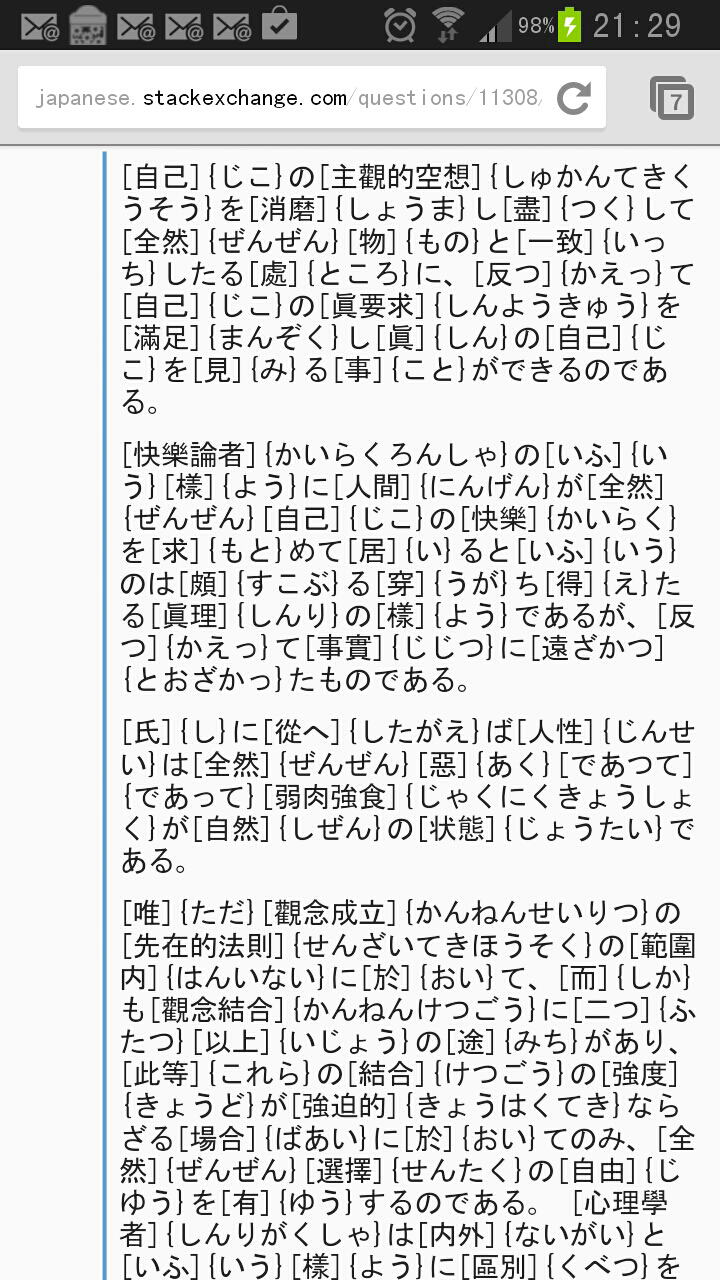 We finally have furigana on mobile! Yippee!

I can confirm it works on Android with Chrome for me too.

I would like to hear if there's a good reason not to have it, but I'm guessing this is just extra work that someone hasn't gotten around to yet.

Not the answer you're looking for? Browse other questions tagged feature-request status-completed furigana .

10
Why doesn't furigana work in italicized or bolded text?
9
Furigana engine update for December 2015
7
The state of browser support of Furigana, and bottom-aligned Furigana

7
Furigana engine: modified version with various bugfixes, added features
12
B and I tags should be styled like STRONG and EM on the mobile site
11
Furigana engine update
7
The state of browser support of Furigana, and bottom-aligned Furigana
9
Furigana engine update for December 2015
12
Is it possible to put a “we don’t do translations” warning directly on the ask question page?